The ranking compiled by Brand Finance, a London-based business valuation and strategy consultancy, states that Zenith, which recorded $335 million in 2021, had been ranked as the country’s most valuable banking brand until it was overtaken by Access ($379 million). The bank now ranks 345 out of 500, while Zenith is ranked 367.

Babatunde Odumeru, the managing director of Brand Finance Nigeria said Access Bank could become a global brand due to its better attention to customers when compared to peers.

“Its drive to become a top-five African bank keeps it focused on continually growing its brand value. The bank’s customer acquisition strategy and its growing footprints in key markets are driving revenue growth,” Odumeru further said.

Every year, Brand Finance puts 5,000 of the biggest brands to the test and publishes nearly 100 reports, ranking brands across all sectors and countries.

The world’s top 500 most valuable and strongest banking brands are included in the annual Brand Finance Banking 500 ranking.

In measuring brand value – the net economic benefit a brand owner achieves by licensing it in the open market – Brand Finance adopts the royalty relief approach.

This involves a combination of the market and income valuation approaches. The value of the intangible asset is based on the costs that the company would avoid by not having to pay a licence fee or royalty to use the asset. This is compliant with the industry standards set in ISO 10668.

Access Bank’s valuation comes on the back of its successful merger with Diamond Bank in April 2019, and its recent expansion into the East and Southern African market.

According to the bank’s financial statements, gross earnings in the first nine months of 2021 was N693.1 billion, an increase of 16.9 percent from N592.8 billion recorded within the same period in 2020.

Although in the first nine months of 2021, Zenith Bank’s profit after tax was higher than Access Bank’s, when compared with total assets and gross earnings, Access was higher.

From their financial statements, Access’s total assets of N10.4 trillion in the first nine months of 2021 was higher than Zenith’s (N8.8 trillion) and gross earnings of N518.7billion for Zenith was lesser than N693.1billion recorded for Access.

“Access Bank’s client base is the highest in the banking sector now. And what that means is that they have a lot of people that know about the bank,” Ayodeji Ebo, head, retail investment, Chapel Hill Denham said.

He added, “Access Bank has about 42 million customers because of their position with Diamond Bank, while Zenith has like 16 million. And they have also been going to a lot of African countries to expand their reach.”

Further analysis of the global ranking showed that United Bank for Africa (UBA) improved the most year-on-year by 62 percent followed by Access (45 percent), Zenith (22 percent), and GTBank (9 percent), while First Bank of Nigeria declined marginally by two percent.

On the global scene, the brand value of the world’s top 500 banking brands improved for the first time in three years, going up by nine percent to an all-time high of $1.38 trillion.

Chinese banks, worth over $450 billion make up one-third of total brand value while US banks account for 5 of the top 10.

ICBC retains the title of the world’s most valuable bank as its brand value has increased by three percent to $75.1 billion.

Looking beyond East Asia and North America, HSBC (up 6 percent to $18.0 billion) is the most valuable banking brand in Europe, Singapore’s DBS (up 11 percent to $8.7 billion) leads the way in Southeast Asia, State Bank of India is number one in South Asia (up 29 percent to $7.5 billion), and Itaú (up 30 percent to $6.6 billion) dominates in Latin America.

QNB, the largest financial institution in the Middle East and Africa consolidated its position as the most valuable banking brand in the region, observing a healthy brand value growth of 16 percent to reach $7.1 billion.

“As banks continue to battle the fallout from the COVID-19 pandemic, the importance of a solid brand is more significant than ever. Banking brands will need to continue differentiating themselves from other competitors in the market, particularly in the face of an emerging threat from challenger brands and cryptofinance,” David Haigh CEO, of Brand Finance said 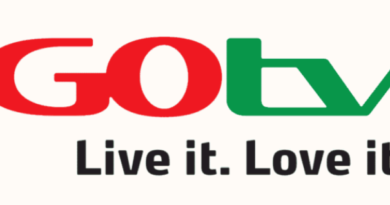 UNBEATABLE ENTERTAINMENT FOR EVERYONE THIS STEP-UP SEASON WITH GOtv 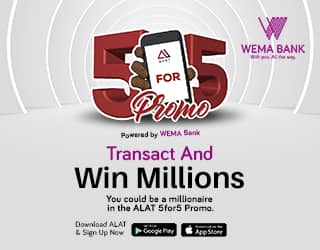